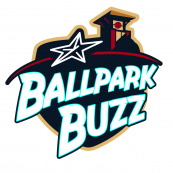 EL PASO LOCOMOTIVE FC SECURES TOP SEED OF GROUP C, EARNING A HOME PLAYOFF MATCH THIS SATURDAY
El Paso Locomotive FC closed out its second USL Championship Regular Season campaign with a dominating 4-0 win over the current title winners Real Monarchs. The three points earned on the road put to rest any doubts that the Locos Blue are at the top of the Group C, earning El Paso the right to host the Western Conference Quarterfinals. Now for the second time in the club’s young history, Locomotive FC will host a playoff game by welcoming FC Tulsa to Southwest University Park on Saturday, October 10 with a 7:30 p.m. kickoff time. In 2019, Locomotive hosted the Western Conference Semifinals, controlling a 3-0 victory over Sacramento Republic FC to book a ticket to the Western Conference Finals.

THE UNDEFEATED STREAK CONTINUES WITH LEAGUE-BEST EIGHTH CLEAN SHEET
Following the 4-0 win over Real Monarchs on Sunday, Locomotive FC continued its club historic undefeated streak, extending the run to 11 games without a loss. Since dropping the full three points against Phoenix Rising FC on the road on August 1st, Los Locos have earned points against Real Monarchs, Colorado Springs Switchbacks FC, New Mexico, and San Antonio FC. The El Paso side earned six clean sheets through that time, recording eight through the 2020 regular season, putting Goalkeeper Logan Ketterer at the top of the league for the stat.

A CONFIDENT AND EXPERINCED LOCOMOTIVE AIMING FOR USL CHAMPIONSHIP TITLE IN SECOND SEASON
Before the USL Championship Regular Season restarted on July 11, Bret Bloomquist broke down a confident and experience Locomotive group aiming to build off the success of the 2019 season. Three months later, Locomotive FC will be hosting a Western Quarterfinal match-up against FC Tulsa with the same mentality that kicked off the season. While there have been a few changes along the way, take an inside look at the mentality that has put Locomotive FC on an 11-game undefeated streak without conceding a single goal in the four games. (Bret Bloomquist, El Paso Times, July 9, 2020)

LOCOMOTIVE FC CLINCHES GROUP C WITH 4-0 WIN OVER REAL MONARCHS SLC
Los Locos clinched Group C with a dominating 4-0 win over Group C rival, Real Monarchs SLC on the road this Sunday. The victory sealed the Top Seed, guaranteeing Locomotive FC a home playoff game to start kick off the track to the trophy. El Paso will now welcome FC Tulsa to Southwest University Park for the Western Conference Quarterfinal on Saturday. Get a comprehensive breakdown of the match that secured the Group from Andy Morgan. (Andy Morgan, KTSM News, Oct. 4, 2020)

CHIHUAHUAS WIN MINOR LEAGUE BASEBALL'S GOLDEN BOBBLEHEAD
The Golden Bobblehead is awarded to the club that hosts the best charitable or community-related program, event or in-game promotion. In July of this year, and in the year of coronavirus (COVID-19), Since launching the non-profit (NPO) program in July, the the Chihuahuas and El Paso Locomotive FC have completed more than 1,100 of service significantly increasing their community engagement that usually takes a year to accomplish.

PADRES-DODGERS NLDS SCHEDULE IS SET, BEGINNING TUESDAY
Major League Baseball has announced the broadcast schedule for the best-of-five National League Division Series matchup between the Padres and Dodgers (all times below are PT):

PADRES MIGHT NOT HAVE MIKE CLEVINGER AND DINELSON LAMET VS. DODGERS
Padres manager Jayce Tingler said Sunday that Clevinger and Lamet’s availability will be last-minute decisions. Game 1 is Tuesday at 6:38 p.m. PDT at Globe Life Field. The clubs have until Tuesday morning to submit their rosters for the series. “We’re trying to keep everything in play,” Tingler said. “We’re not ruling anything out. We’ll see if we can stack some good days. Don’t have info right now. Each one is day to day. Feels like each one will take a half-step forward, another half-step forward, then a half-step back. Gotta stack some good days and see where we’re at.” (LA Times, 10/4/2020)

9 PADRES PITCHERS BLANK CARDINALS 4-0 IN GAME 3, REACH NLDS
The Padres won a postseason series for the first time in 22 years and advanced to face the NL West rival Los Angeles Dodgers in the Division Series at Arlington, Texas, starting Tuesday. Stammen, making his first start in 10 years, said the Padres weren't wrapped up in past playoff failures, including being eliminated from the playoffs by the Cardinals three times since 1996. The nine pitchers marked the most used in a nine-inning shutout in any big league game since at least 1901. ''What those guys did this series and tonight, wow,'' Tingler said. ''They've been overworked, they've been overtaxed. Man to man, everybody came up and said, 'I'm good, give me the ball. I'm good, give me the ball.' Tonight, for me, was as team-oriented as so many guys contributed again. That's who we are. That's why we're going to continue to keep playing. (Yahoo Sports, Bernie Willson, 10/3/2020)

THE STATE OF FESTIVALS AND CONCERTS: PREPARING FOR LIVE EVENTS TO COMMENCE
The art of the perfect in-sync fist pump during a live concert among thousands will never die but it is temporarily suspended due to circumstances beyond our control. For many in the live event industry 2020 seems like the year the music died. For those of us that love to stand in a crowd singing the words to a song that changed our life, the thought of having to stand 6ft apart with a mask on kills the vibe and defeats the purpose.  Live events, such as concerts, give fans the opportunity to connect on another level and celebrate what we have in common. It is neutral place that encourages smiling at each other, dancing with each other and jamming next to each other.  What do we do in the meantime?  How do we adjust to the temporary the new norm? For now, to ensure the event industries' survival, the show must go on! (Fist pump)